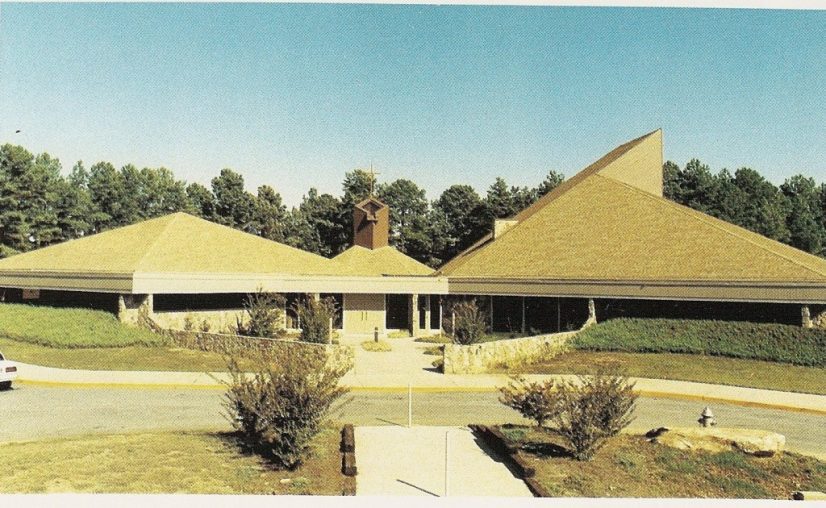 Early in the fifth century a pagan king of Ireland, Niall by name, returning from one of the customary raids of the period, brought among his captives a youth of gentle birth named Succoth, believed to the son of roman parents living in Britain or in France. The boy was sixteen years of age, hardy and strong, and someone changed his name to Patricius after his purchase as a slave by an Ulster chief named Milcho.

He was set to herd sheep and survive on bleak Sliabh Mis (Slemish), a mountain in Antrim, and it was during this hard and lonely exile that his maturing of thoughts turned to God and His Holy Mother for courage and consolation. It was on the wind swept slopes of Slemish that he became a man of prayer. He learned the Irish language, grew to love the young people whom he came in contact, winning from them in return a love that perhaps helped him to escape from captivity at the end of six sad years.

The great St. Martin of Tours was his mother’s brother, it is said, and to him, the young man of twenty-two made his way and pleaded for his instruction that would fit him to serve God and rescue souls from the slavery of paganism.

Four years later Saint Martin entrusted the student Patricius to Saint Germanus of Auxerre under whom he was sent to Pope Celestine. When his consecration as bishop took place the Pope yielded to his earnest appeal to be allowed to go back to Ireland, the place of his captivity, to bring the people he had grown to love to a knowledge of the True Faith. To Ireland he came, then, in 432, and his coming led to a new life, not for the Gael alone, but for the people of many nations to whom unselfish missionaries with hearts aflame have been going out in multitudes for over fifteen hundred years bearing the teaching and the light and the love of Christ Crucified to all the darkened places of the world, under the inspiration of the memory of St. Patrick who brought the saving grace of God to their own land long ago.

When Patrick the consecrated missionary, accompanied by a few disciples landed at a small Meath harbor in 432, he was summoned to the presence of the High King of Ireland, Laoire, who was then at Teamhair (Tara) for the celebration of the pagan summer festival. Fearing obstruction and perhaps attack on the way from the hill of Slane, near which he had landed, to Tara, tradition tells us that the saint composed and recited aloud the beautiful prayer:

The Shield of Saint Patrick

I bind unto myself today the strong name of the Trinity,
by invocation of the same, the Three in One, the One in Three.

I bind this day to me forever by power of faith Christ’s incarnation,
His baptism in the Jordan river, his death on the cross for my salvation;
His bursting from the spiced tomb, his riding up the heavenly way,
His coming at the day of doom I bind unto myself today.

I bind unto myself today the power of God to hold and lead,
His eye to watch, his might to stay, his ear to harken to my need,
The wisdom of my God to teach, his hand to guide, his shield to ward,
The Word of God to give me speech, his heavenly host to be my guard.

I bind unto myself the name, the strong name of the Trinity,
By invocation of the same, the Three in One, and One in Three,
Of whom all nature hath creation, eternal Father, Spirit, Word;
Praise to the God of my salvation, salvation is of Christ the Lord!

The King of Ireland was kind and generous, even though he did not himself embrace the True Faith. Having questioned Patrick and listened with attention and respect to his explanation of the mission on which he had been sent by the Vicar of Christ, Laoire gave him permission to travel and teach and preach throughout the land.

The conversion of Ireland is the only bloodless spiritual revolution in history, as well as the most successful. Patrick traversed most of the country, blessing and extending the missionary work that had been done by others before his arrival, adapting pagan festivals and customs and linking them with feasts of the Saints in a way that won for the wise, far seeing, understanding Apostle the lasting love of the people.

That love and wisdom and zeal and understanding have been borne by the missionary successors of Saint Patrick all over the world and account for the mysterious appeal the Feast of Ireland’s Patron Saint has for many races in many lands down to this very day in which we live. His humility, his holiness, his courage, his gentle heroism, his wisdom and his love of men have won for him the gratitude and homage and remembrance of the whole Christian world.